skip to main | skip to sidebar
Disclaimer: Some content is inappropriate for readers under 18 years of age or those offended by swear words, references to sexuality, atheism, and libertarianism.

This choked me up because I see this with my students all the time. Dark-skinned girls, hold your beautiful heads up high. You're goddesses, just like the rest of us.
I asked my own daughter the questions asked of the little girl in the video, but she selected the darkest skinned girl as being the most beautiful and most intelligent because she has quite the fascination and admiration for dark skin, with Tiana as her favorite princess. On our Wii princess game, she had designed her character to have the darkest skin color they had available in the avatar creator. She then chose the one with the skin color closest to her own as being the least intelligent or beautiful. No one is ever happy with their own lot in life, are they?
Source: I Hate Being Black by Jessica LaShawn.
Posted by TeacherLady at 1:01 PM 13 comments:

Email ThisBlogThis!Share to TwitterShare to FacebookShare to Pinterest
Labels: Cool stuff I find, Culture and/or religion

Great Games for our Drive to Disney World

We brought up the "Snatch" game again. Always a goodie, and made better by my friend's contributions via my personal Facebook account. We also played "Least Likely Narrator for Winnie the Pooh". Gilbert Gottfried, Bobcat Goldthwait, Tony Danza, and Christopher Walken were a few named. I must think of similar games for our drive back.
Obviously, these are not games I could involve my daughters in... They just sang "100 bottles of beer on the wall".
Posted by TeacherLady at 7:04 PM 3 comments:

Email ThisBlogThis!Share to TwitterShare to FacebookShare to Pinterest
Labels: Personal

A fellow Atheist directed me to this... I was thoroughly entertained, even though beat poetry isn't usually my thing. It was witty, flowed unpretentiously, and the animation only added to it. Well done.
Posted by TeacherLady at 5:23 PM 4 comments:

Email ThisBlogThis!Share to TwitterShare to FacebookShare to Pinterest
Labels: Cool stuff I find, Culture and/or religion

School's Out for Summer

So summer has officially started for this teacher and so I look forward to filling my days with the craziness of my own biological children in place of "my kids" at work. I get to nervously wait to find out who got pregnant, arrested, and/or shot over the summer once I get back to the grind in August.
I finally decided to try my hand at Twitter. I kinda feel the same way I felt the first time I handled a controller that, in my opinion, requires some training at NASA to be able to operate that many buttons at once. When did I cross the line into "I'm too old to figure this out... Why can't it go back to having a jump, attack, select, start, and direction pad?! Where's my Bengay...?" territory? I have a grand total of two followers, so I have no idea how that's going to proceed.
I've been enjoying The Book of Mormon musical soundtrack this past week. It has brought to light the sad fact that most Broadway musicals don't make quite enough use of the dreaded "C" word. As a person who enjoys the occasional musical, I was pleased to note the tributes to Wicked, The Music Man, Oklahoma, and Avenue Q that were woven into a couple of the songs, stylistically speaking. I was also delighted at the use of the words "magical fuck frog". It's not often you hear those words put together. Trey Parker, Matt Stone, and Robert Lopez (of Avenue Q) did a fantastic job. It more than makes up for the less than hilarious episodes of South Park that have been on recently.
It's about that time that I need to watch another episode of Hoarders to motivate myself to chuck out loads of shite from my closet/basement/book shelves. Perhaps the next time the Lupus Foundation or Vietnam Vets called for donations, they should probably insert the words "have you seen an episode of Hoarders?" to make their request for donations more effective.
While I do that, enjoy possibly the least offensive song from The Book of Mormon.
Posted by TeacherLady at 7:00 AM 4 comments:

I Prefer the Movie. 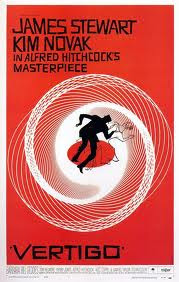 I have noticed a fundamental flaw in the practices of modern medicine... It appears that an awful lot (not all) of doctors don't know what the fuck they are talking about.

Now don't get me wrong. I'm not going to say they're all a bunch of navel-gazing fools or anything, it's just that they collect data with the collective effort of a herd of indifferent teenagers. If not a lot is known about a disorder or disease, then when they suspect someone is suffering from said disorder/disease you would THINK that they would want to gather as much information as possible to benefit the entire medical community... Sort of like a wiki-medicine thing. I know they have professional journals and articles, but every single data point would contribute to the research, surely?

So I've been suffering from constant dizziness with bouts of vomit-inducing vertigo (said bouts are few and far between, thankfully) coupled with a sense of "fullness" and occasional tinnitus in my ears for about four months now. My ENT THINKS it's Meniere's disease, which is as useful as telling someone with tummy issues that they have "irritable bowel syndrome". They both fall into the category of "we don't know what the hell it is, we have no way to test for it definitively, so we'll lump it into a nebulous category, with is own name, tell you its incurable, but following this diet, doing this, not doing that, and standing on your head at dawn with a chicken in your underpants MAY alleviate some of the symptoms. And may not." I affectionately refer to these as "bullshit diagnoses". So being told I have an incurable disease which MAY come and go, MAY be constant, MAY result in deafness, MAY be treated with months and months of physical therapy kinda annoyed me. If modern medicine was going to be useless, I decided to go alternative. While there's no way on Earth I could tolerate some hippie woman with long hair waving crystals over my head, I was willing to give chiropractic treatment a go. I could see how it would possibly be scientifically based.

Luckily (?) my dance instructor had identical symptoms and was "cured" by said chiropractor, so I've got my fingers crossed that he'll do the same for me.

Email ThisBlogThis!Share to TwitterShare to FacebookShare to Pinterest
Labels: Personal

News of the Batty

In reading this article, I began with: "oh... Silly old bat. Packing terrapins in her suitcase."
Then my thoughts went: "Huh! All the way from China. Poor things."
Then I thought: "Don't they have those in Britain?"
Then I read the bit where they confirm you can get them from Britain, but the piece de resistance lies in the line that reads "'Apparently she paid around £300 each for them as a gift to her niece.'"

What. The. Fuck. I must meet this woman and sell her some gerbils for a hundred quid each. What the... Did they pitch the turtles as rare? Special? Freaking magical? I don't get it.
Posted by TeacherLady at 11:44 AM 3 comments:

Email ThisBlogThis!Share to TwitterShare to FacebookShare to Pinterest
Labels: News

No Virgins for You.

The more I think about the whole 72 virgins thing, the more I get pissed off. To save time, I'll just bullet my rants.
Ugh.
Posted by TeacherLady at 4:58 PM 7 comments:

Email ThisBlogThis!Share to TwitterShare to FacebookShare to Pinterest
Labels: Culture and/or religion

Atheists Can Be Kind Too!

I need to organize something like this... I give to charities without the belief in a reward for doing so. Fancy that!

For those who give AND believe in a reward, I don't think your charity is worth any less than my own. Kindness is kindness, we just have different motivators, I guess. The end result is what's important.
Posted by TeacherLady at 4:40 PM 5 comments: 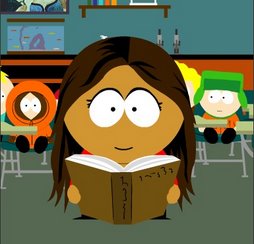 As overused as this is...

I believe we must.